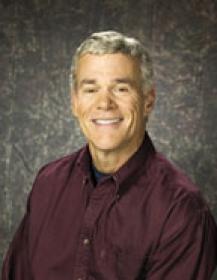 Dr. Geller has authored more than 350 research articles and over 75 books or chapters addressing the development and evaluation of behavior-change interventions to improve quality of life. His recent books in occupational health and safety include: The Psychology of Safety; Working Safe; Understanding Behavior-Based Safety; Building Successful Safety Teams; Beyond Safety Accountability: How to Increase Personal Responsibility; The Psychology of Safety Handbook; Keys to Behavior-Based Safety from Safety Performance Solutions; The Participation Factor; People-Based Safety: The Source; and People-Based Patient Safety: Enriching your culture to prevent medical error; coauthored by Dave Johnson, and Leading People-Based Safety: Enriching your culture, and was recently published by Coastal Training Technologies Corporation. His latest books are narratives, entitled The Courage Factor: Leading people-based culture change and When No One’s Watching: Living and leading self-motivation.

Dr. Geller is a Fellow of the American Psychological Association, the American Psychological Society, and the World Academy of Productivity and Quality Sciences. He is past Editor of the Journal of Applied Behavior Analysis (1989-1992), current Associate Editor of Environment and Behavior (since 1982), and current Consulting Editor for Behavior and Social Issues, the Behavior Analyst Digest, and the Journal of Organizational Behavior Management.

Dr. Geller has written more than 200 articles for Industrial Safety and Hygiene News, a trade magazine disseminated to more than 75,000 companies. He has collaborated with Tel-A-Train Inc. and J.J. Keller and Associates in the development of various training series, which include videotapes, workbooks, and facilitators’ guides. For these innovative and creative works, beginning with a 1995 nationally renowned seminar series -- Actively Caring for Safety--the Society for the Advancement of Behavior Analysis honored Dr. Geller with an award for Effective Presentation of Behavior Analysis in the Mass Media.

Dr. Geller has been the Principal Investigator for more than 75 research grants involving the application of behavioral science for the benefit of corporations, institutions, government agencies, or communities in general. Both government agencies and corporations have funded his research including: the National Science Foundation; the National Institute for Occupational Safety and Health; the U.S. Department of Health, Education, and Welfare; the U.S. Department of Energy; the U.S. Department of Transportation; the National Highway Traffic Safety Administration; the National Institute on Alcohol Abuse and Alcoholism; the Centers for Disease Control and Prevention; General Motors Research Laboratories; the Alcoholic Beverage Medical Research Foundation; and the Virginia Departments of Energy, Transportation, Litter Control, Agriculture and Commerce, and Welfare and Institutions.

Scott Geller’s dedication, talent, and energy have helped him earn a teaching award in 1982 from the American Psychological Association and every university teaching award offered at Virginia Tech. Moreover, in 2001 Virginia Tech awarded Dr. Geller the University Alumni Award for Excellence in Research. In 2002, the University honored him with the Alumni Outreach Award for his exemplary real-world applications of behavioral science, and in 2003 he received the University Alumni Award for Graduate Student Advising. In 2005, he was awarded the statewide Virginia Outstanding Faculty Award by the State Council of Higher Education, and Virginia Tech conferred the title of Alumni Distinguished Professor on him.

He has received lifetime achievement awards from the International Organizational Behavior Management Network (in 2008) and the American Psychological Foundation (in 2009). And in 2010 he was honored with the Outstanding Applied Research Award from the American Psychological Association’s Division of Applied Behavior Analysis. In 2011, The College of Wooster, Dr. Geller’s alma mater, awarded him the honorary degree, Doctor of Humane Letters.