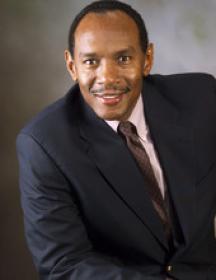 As an experienced clinician and researcher with traumatized children he has published extensively and spoken to both national and international audiences. A Fellow of the American Psychological Association (APA) he has served as a member of the Board of Directors for Division 12(Clinical) for several years. He served as a member of the Board for the Advancement of Psychology in the Public Interest and as a liaison to the Child, Youth and Family Committee, both within APA. He was recently a PI of a major National Institute of Mental Health (NIMH) grant designed to assess the impact of residential fire on children, adolescents, and their parents. He is the founder and director of REAACT (Recovery Effort After Adult and Child Trauma), a program, in conjunction with the Yale Child Study Center at Yale University designed to assist children and their families following fire trauma. Dr. Jones is a past member of the Board of Director of the International Society of Traumatic Stress Studies (ISTSS), The Center for Disease Control (CDC)’s Advisory Committee for Injury Prevention and Control (ACIPC), and ACIPC’s Scientific and Program Review Subcommittee. He is also the former Chair of the Scientific Program Review Subcommittee at the Injury Center at the CDC.

He frequently serves as a reviewer for NIMH and the Substance Abuse and Mental Health Services Administration (SAMHSA) and recently became a consultant to the Disaster Technical Assistance Center at SAMHSA. Recent trauma-related efforts include: presenting at the Consensus Conference, Psychological Risk Factors for Children and Adolescents Following Natural and Technological Disasters. Early Trauma Responses and Psychopathology: Theoretical and Empirical Directions, sponsored by NIMH and serving as moderator at the Anxiety Disorders Association of America Consensus Conference on Acute Posttraumatic Reactions. He is a member of the Terrorism and Disaster Branch of the National Child Traumatic Stress Network. He was deployed as the team leader for a group of mental health consultants assigned to Gulf Port Mississippi and recently served as a presenter at workshops entitled: Helping Students Recover from Traumatic Events Workshops for Teachers and Administrators sponsored by the Department of Education. In late December he participated in a briefing targeting children’s reactions to Hurricanes Katrina and Rita with First Lady Laura Bush in New Orleans. He recently visited the White House to discuss related issues with her Assistant Deputy Director of Special Projects. Most recently he was an invited speaker at the Summit held in New Orleans entitled: The Spirit of Recovery: All-Hazards Behavioral Health Preparedness and Response-Building on the Lessons of Hurricanes Katrina, Rita, and Wilma. He is a member of the Hurricane Katrina Community Advisory Group administered by the Department of Health Care Policy at the Harvard Medical School. He recently became a member of the Safe and Drug-Free Schools and Communities Advisory Committee designed to provide advise to Secretary Margaret Spellings at the Department of Education. He is presently engaged in the mental health efforts following the 4-16 shootings at Virginia Tech. Dr. Jones received his Ph.D. from Penn State University and completed his clinical internship at Brown University. He also held a secondary appointment at Yale University at the Child Study Center. He has been appeared on CBS News, CBC News, BBC, PBS, C-Span, and a host of other media outlets including print, radio and the web.
Interests